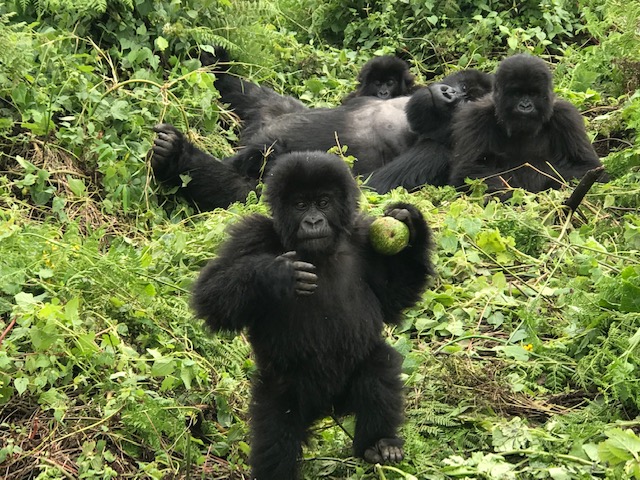 We just returned from Rwanda after attending the 14th Kwita Izina, a unique naming ceremony of newborn mountain gorillas. An endangered species, the gorillas were saved from the brink of extinction in the 1980s to a current population of over a thousand. The world had gathered to attend the ceremony and a 2-day workshop called Conversations on Conservation and it was heartening to see a tiny country roughly the size of Meghalaya lead the world in the field of cleanliness, wildlife protection and sustainable tourism.

India is no stranger to conservation. This is a country where animals are deified as vahanas (sacred mounts) for gods, where trees, mountains and rivers are worshipped, the world’s first laws on conservation were promulgated by Emperor Ashoka in his rock edicts and communities are ready to lay down their lives for the protection of flora and fauna. Many of the shikargahs (hunting reserves) maintained by royalty and the British became the nucleus of today’s wildlife sanctuaries.

Through conservation efforts like Project Tiger and Project Elephant, numbers revived and in many cases tribals living on park fringes were made custodians and poachers turned protectors. But somewhere along the way we lost the plot and massive population pressures led to massive deforestation, unchecked nature exploitation and constant human-animal conflicts.

Yet, some community-led eco initiatives across India give hope to the rest of the country. In Nagaland, a region where hunting is a way of life, conservation might seem a far-fetched concept. For centuries, warrior tribes embellished their colourful costumes and headgears with feather, tusk, claw and bone. During festivals, long bamboo pennants were festooned with iridescent dead birds.

But in the dark woods of Nagaland, a small Angami village community in Khonoma is committed to protecting the exotic Blyth’s Tragopan. The vulnerable pheasant, widely hunted in the past for food in Nagaland and Arunachal Pradesh, suffered greatly due to rampant deforestation and slash-and-burn cultivation, which destroy its habitat. Being excellent hunters, Nagas mimic birdcalls and lure the gullible bird by emitting calls of the opposite sex.

When Khonoma switched to alder cultivation as part of a larger plan to create a model village for eco-tourism, it paved the way for the Khonoma Nature Conservation and Tragopan Sanctuary (KNCTS). Set up in 1998, the sanctuary is maintained entirely by the village community, which enforced a complete hunting ban in 2001. In the 2005 census, 600 tragopans were recorded, besides other endemics like Naga Wren Babbler. The 25 sq km 70 sq km sanctuary is maintained by the village community and is a great place for birdwatching.

Perched like an eagle in the upper reaches of Western Arunachal Pradesh, Eaglenest Sanctuary was practically unknown to the birdwatching community till 2003! Largely due to the efforts of Kaati Trust, a non-profit organization dedicated to biodiversity research and conservation in Arunachal Pradesh, Eaglenest is now rated among the top birding hotspots in Asia. Tapping into the indigenous knowledge of forest-dwelling tribes like Bugun and Sherdukpen paved the way for responsible wildlife tourism through sustainable partnerships.

The recent discovery of a new bird species the Bugun Liocichla by birder and conservationist Ramana Athreya has spurred interest into the tiny 218 sq km sanctuary. With an altitudinal variation of 500-3200m, trails from the tented campsites of Sessni (1250 m), Bompu (1940 m) and Lama Camp (2350 m) reveal rare species like Temminck’s Tragopan, Fire-tailed Myzornis, Wedge-billed Wren-Babbler, Ward’s Trogon, Beautiful Nuthatch, Purple Cochoa and Chestnut-breasted Hill-Partridge and. Many of the local Bugun tribesmen serve as guides and naturalists, making them direct stakeholders in the conservation story.

At Mawlynnong in the Eastern Khasi Hills of Meghalaya, local inhabitants take great pride in the tag of ‘cleanest village in Asia’ their tiny village has acquired. The small community of about five hundred people is fastidious about cleanliness and the pathways are spotless with beautiful cane dustbins outside very home. A green sign proudly proclaims ‘Mawlynnong: God’s own garden’ and quite ironcially the local economy thrives on the cultivation of Thysanolaena maxima or Broom grass, whose inflorescence is used for the common phool jhadu.

The village authorities run a scenic guesthouse and machan overlooking a rivulet for hikes to Meghalaya’s fascinating Living Root Bridges. An age-old method of crossing wild mountain streams, the pliant quick growing roots of the Ficus elastica tree are entwined to grow into an elaborate lattice. Over time the bridge is paved with stone. There’s an unwritten rule that if any villager passing by spots a new root, he has to weave it into the mesh.

Another community that occupies prime position on India’s conservation map is the Bishnois, a cult founded in late 15th century by Guru Jambhoji who proposed 29 principles (‘bish-noi’ in Marwari) governing a conscientious life and conservation. Being staunch vegetarians, they worship the all-sustaining khejri tree, do not sterilize oxen and consider all life forms sacred. They revere and protect the blackbuck with their life, as certain Bollywood stars on a hunting trip found out!

Long before Sunderlal Bahuguna’s Chipko movement and Hug-a-Tree campaigns, a memorial in Kejarli village in Pali district honours the commitment and sacrifice of the Bishnois. Led by the fearless Amrita Devi, who hugged a khejri tree to prevent it from being cut to fire a brick kiln of the king, 256 Bishnois joined her and laid down their lives. 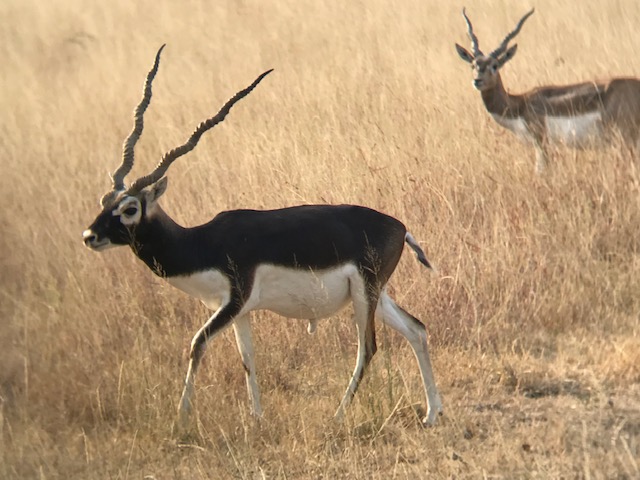 In Rajasthan, Tal Chhapar Sanctuary is a taal (flat tract) of open grassland with scattered acacia trees on the edge of the Thar Desert. Spreads over 1334 sq km, it is a haven for India’s most elegant antelope, the Blackbuck. Even today, each Bishnoi family makes a monthly donation of one kilogram of bajra (pearl millet) to a community store, maintained to feed blackbucks every evening.

After wandering the plains all day, blackbucks assemble around Bishnoi hamlets at dusk. Locals lovingly feed these herds, which vary from 50 to 500 in number. The villages of Kejarli, Rohet and Guda Bishnoiya offer great insights into the inextricable link between Bishnois and nature.

In a distant corner of Jodhpur’s Thar Desert, the nondescript village of Khichan has gained international acclaim for its heartwarming tradition of feeding Demoiselle Cranes (locally called kurjas) every winter. A small grain-feeding initiative snowballed into a conservation movement, with over 9000 cranes visiting Khichan every year between August and March. The locals, mostly Jain Marwaris, are strictly vegetarian and idolize the kurja for its vegetarian diet and monogamous nature.

As part of a systematic feeding program, cranes are fed twice a day at chugga ghars (feeding enclosures) on the village outskirts. Each session lasts 90 minutes and 500 kg of birdfood is consumed daily! This huge demand is met by generous donations from locals and tourists, overseen by societies like the Kuraj Samrakshan Vikas Sansthan and Marwar Crane Foundation. With avian and human visitors on the rise, many buildings have been converted into lodges to witness the dance of the demoiselles and the sky enshrouded by grey clouds of birds on wing.

A similar initiative can be seen closer home at Kokkarebellur by the banks of the Shimsa River off the Bengaluru-Mysuru highway. Dotted with water-tanks replete with fish, for years Kokkarebellur has been the roosting site of painted storks and spot-billed pelicans, which nest atop ficus and tamarind trees in the village centre. Catalyzed by an incentive scheme introduced by senior forest official SG Neginhal in 1976, locals adopted a sustainable conservation model. Though compensated for losses incurred in their tamarind crops due to nesting, the villagers’ involvement transcends cold commerce.

They protect the birds as a ‘living heritage’, regarding them as harbingers of good luck and prosperity. The migrants arrive in September after the monsoon to build nests and lay eggs from October to November. After roosting for months, they tirelessly feed their hatchlings through summer. When they fly back in May, womenfolk bid them emotional goodbyes as if they were their own daughters leaving their maternal homes after delivery.

The endemic Nilgiri Tahr roams free in the 97 sq km Eravikulam National Park on mountain slopes carpeted with purple kurunji flowers in the shadow of Anamudi (2695m), the highest peak south of the Himalayas. Managed as a game reserve by the Kannan Devan Hill Produce Company, Eravikulam was earlier a private hunting ground for British tea planters. Estate managers served as wardens while Muduvan tribals were employed as game watchers. In 1928, the High Range Game Preservation Association was set up to manage hunting activities.

Later, this regulatory body lobbied for the creation of a specialized park and continues to manage and protect the area along with the Forest Department. Of the 1420 Nilgiri Tahr found in Kerala, Eravikulam harbours the largest surviving population; 664 as per the 2017 census. 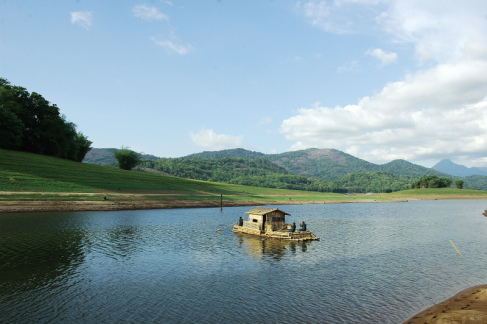 Wrapped around three dams that create a 20.6 sq km reservoir, Parambikulam is a 285 sq km park on the Kerala-Tamil Nadu border. The altitudinal variation of 600 m to 1439 m blesses it with great astonishing diversity with Karimala Peak the park’s highest point. Once a hub of British timber trade, today the park is well protected and a role model for sustainable tourism. Eco-tourism packages range from wildlife safaris, bamboo rafting, birdwatching, overnight camping inside the forest and guided walks like the Kariyanshola Trail and the Cochin Forest Tramway Trek.

Visitors stay in Swiss-style tents, treetop huts overlooking the reservoir and a bamboo hut on Vettikunnu Island, accessible only by boat. The 48.5 m high Kannimara Teak, believed to be the largest in Asia, is hailed as the pride of Parambikulam and it takes five men to encircle the 450-year-old tree with a girth of 6.57 m. The other big draw happens to be a tiny creature – the coin-sized Parambikulam Frog endemic to the park. 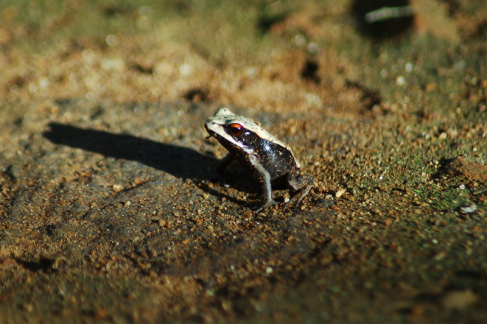 Kerala has shown the lead in sustainable eco-practices through its walking trails in Periyar with local guides as well as Thenmala, the first planned eco-tourism destination in the country. The damming of three rivers has created a scenic artificial dam where boating is conducted, besides rope bridge walkways, trekking and a deer rehabilitation centre. In adjoining Coorg, another biodiversity hotspot in the Western Ghats, botanist-microbiologist couple Dr Sujata and Anurag (Doc) Goel with their daughter Maya run a 20-acre farm growing cardamom and coffee in the shade of rainforest trees.

To protect the fragile watershed of Talacauvery and its rainforest ecosystem, Pamela and Dr Ashok Malhotra acquired over 300 acres of private forest land since 1991 to create Sai Sanctuary Trust. With the Paradise Flycatcher as their logo, their conservation efforts have paid dividends as the river has replenished, otters have returned along with the birds and wildlife while butterflies congregate in large numbers. The eco-friendly cottages give visitors a chance to stay and lend a helping hand. 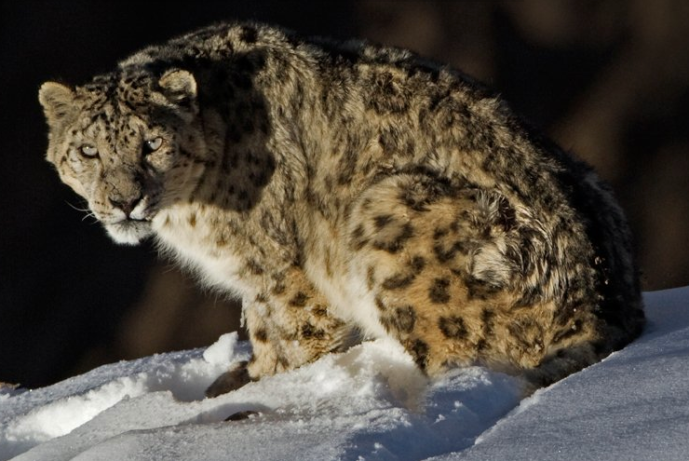 In the high altitude cold desert of Spiti in Himachal Pradesh, Spiti Ecosphere partners with local communities for sustainable development in this fragile mountain ecosystem. The stress is on livelihood generation through conservation of indigenous natural resources like tsirku (seabuckthorn) and wild organic produce. As part of responsible eco-travel, tourists can engage in voluntourism like building energy efficient homes and green houses.

As part of wildlife conservation, follow the trail of the endangered Himalayan Wolf and the Snow Leopard at Kibber Wildlife Sanctuary and Pin Valley National Park. Discover ancient fossils and remote Buddhist monasteries on yak safaris or treks while staying at rustic homestays in high altitude Himalayan villages. The Snow Leopard Conservancy and similar programs in Ladakh have created alternate livelihoods for local villagers as trackers in what is now a busy winter season to track the Grey Ghost of the Himalayas.